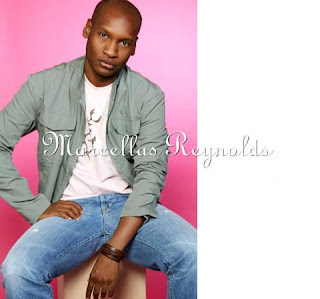 I’m so behind on my blog. I’m crazed. It’s kinda ridic. Where to begin? Well 1st and foremost I’ll be on The Maury Show, Tuesday, January, 16th. It’s the viral video show. Videos that have taken the web by storm. I introduce a few clips that have been viewed millions of times on the net. I also talk about how much YouTube sucks and what it’s like to be massively downloaded. Todd Newton is also on the epi. On Thursday, January, 25th I’m on How Do I Look on the Style Network. How Do I Look is my fave reoccurring gig. I love it so. I work for Style Network and E! a lot. Love them.

I’m auditioning like crazy. 2 and 3 auditions a day. Auditions even on Saturday. Crazy. I’m very close to a national commercial. I have a 3rd audition today for it. Hopefully I’ll be shilling cell phones soon. Let’s cross our fingers and our eyes. I just registered for an acting class. Something to do. Now you know I kinda clowned another reality star that is taking acting classes but let’s not forget I was a Theatre major in college. This is something I’ve dreamed of and worked towards for years. Hell, decades.

Valentine Day is approaching. I have one. I have several actually. This time I’m playing it smart. Playing being the operative word. Until one of these jokers puts an emerald encrusted sapphire on my finger, I’m playing the field. Playa play on.

What else? I don’t know. I’m happy. Things are great. I’ll write more later. Sooner than later. I promise! But a boy has gotta keep his hustle on. In the immortal words of Snoop: “Hos gotta eat too…”

One Reply to “Busy!”