Random musings from the mind of…Me: 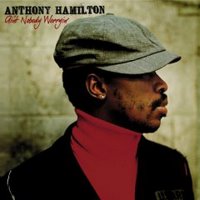 Joia said something to me the other day that truly resonated. She said “God knows our hearts.” I’ve been praying a lot lately. For grace. For guidance. For others. For truth. Prayer works. I’ve been listening to Anthony Hamilton, Pass Me Over. This is the best song ever. It takes me back to being a little boy and going to church. And singing and clapping and testifying to my love of the Lord. The further it get from that child the more I wanna go back. You see I believe in Christ and the next life. I also believe my Lord wants me to be happy. And doesn’t care if it’s with a man. As long as I live a good life and try my best and love others, I’ll see my Savior. There I said it.

Mel (my straight wife, which makes me her gay husband) and I went to see Something New. Which wasn’t, for me. I’ve played this particular game a long time. I did really like the movie. But why didn’t the producers spend some money on wardrobe and a make-up artist? It’s 2006. It’s not hard to go to the MAC counter. It’s like they told those girls to just bring something from home to wear. And do their own make-up! Why after all this time is Blair Underwood’s skin still jacked? I go to the best dermatologist in Beverly Hills. Call me Blair, I’ll hook you up! I never heard the term “Black Tax” before. Now I get to front all the sisters who give me attitude lately by saying “Don’t be mad @ me coz you havin’ a Sumtin New moment”.

Meet the latest BOY I LIKE:
Simon Baker is fine as hell. Sanaa Lathan must have been like, “Damn!”

The other day I lost it @ the Apple store. My 20 gb iPod stopped playing. I went to have it fixed and was told my iPod’s hard drive was broken. There was nothing they could do as I was 6 months past my warranty. I could trade it in for 10% towards a new one. Or I could go to a website that fixes broken hard drives as Apple doesn’t. I asked to speak to the manager and got all kinds of “Angry Black Gay Guy” on him. I mean I was speaking in tongues I was so livid. I was embarrassed by my ire! Not enough to stop however. It was justified. I’ve had 4 iPods. They aren’t made for the long run. I’m sitting on a mini with corrupted hard drive. I think that’s why they keep introducing new models because they know they are going to quit and leave you broken-hearted in a year. Normally I don’t like to reward bad behavior. But I did get a new iPod. It’s pretty. And I’m still gonna plunk down the $299 for the video one. Consumers consume.

If you misspell fucking on gmail the spell check will correct it. Cool.

Top spins on my new iPod:

Keyshia Cole, The Way It Is. She stole Joia’s hair style but that’s cool.

The Killers, All These Things That I’ve Done. The video is like a bad Sergio Leone video. The song gets to you though.

Natasha Bedingfield, I Bruise Easily. She’s really cute. My roomie likes that song where the TVs sprout feet and follow her. Inanimate objects coming to life scare the crap out of me. Did you ever see Trilogy of Terror with Karen Black? This little voodoo doll comes to life and terrorizes her. He’s got jagged teeth and chucks a spear! He chases her all over her condo. She finally kills it by trapping it in the oven! But when she opens the oven to see if he’s dead his spirit enters her body. I hate dolls because of that movie. Oh and African sculpture! Truly frightening.

Sugababes, Follow Me Home. It’s mirroring this new thing. Whatever it is.

Valentines Day approaches. Go get tested for STD’s. Abstinence is best. IF you can’t hold back, do it safely. And buy yourself what you want that special someone to give you. And send them the invoice.