Just because I’m gay doesn’t mean I don’t appreciate beauty. And talent. So without further ado here is GIRLS I LIKE! The legends edition. 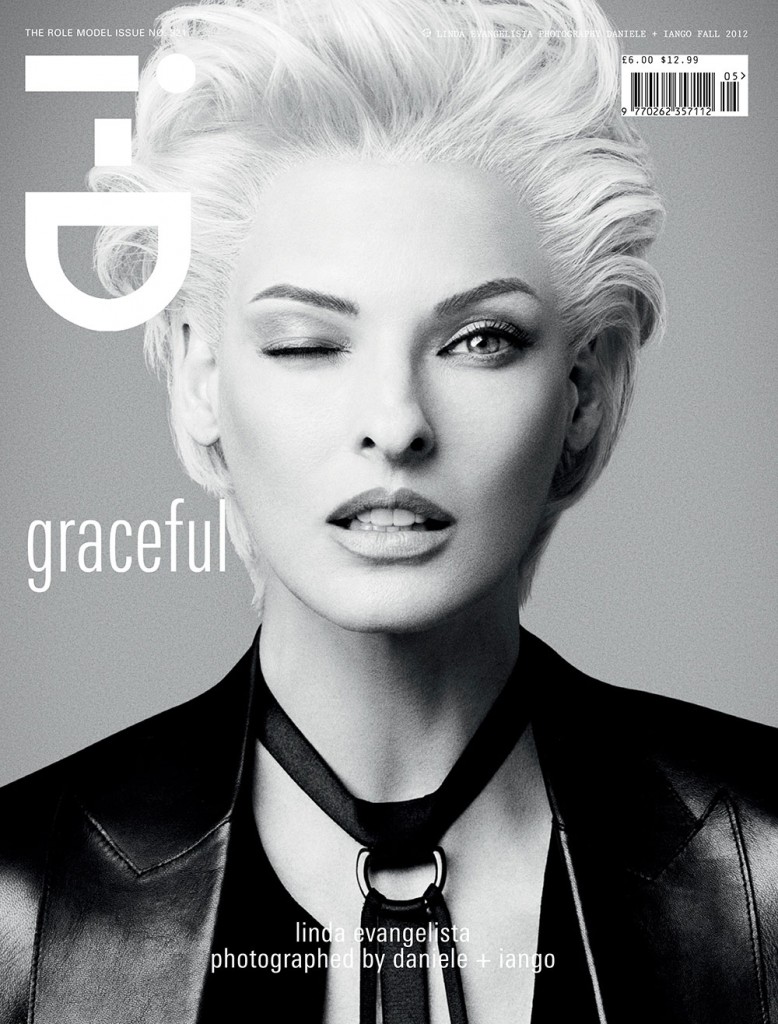 I knew I wanted to be in fashion the first time I saw Linda Evangelista. I guess I wanted to be a model because of her. Or a fashion stylist. Honestly, I just wanted to be her! She was sooooo beautiful and chic! It was an ad for Barneys, shot by Steven Miesel. Linda had a shoe perched atop her head kissing a chimp. It was brilliant! 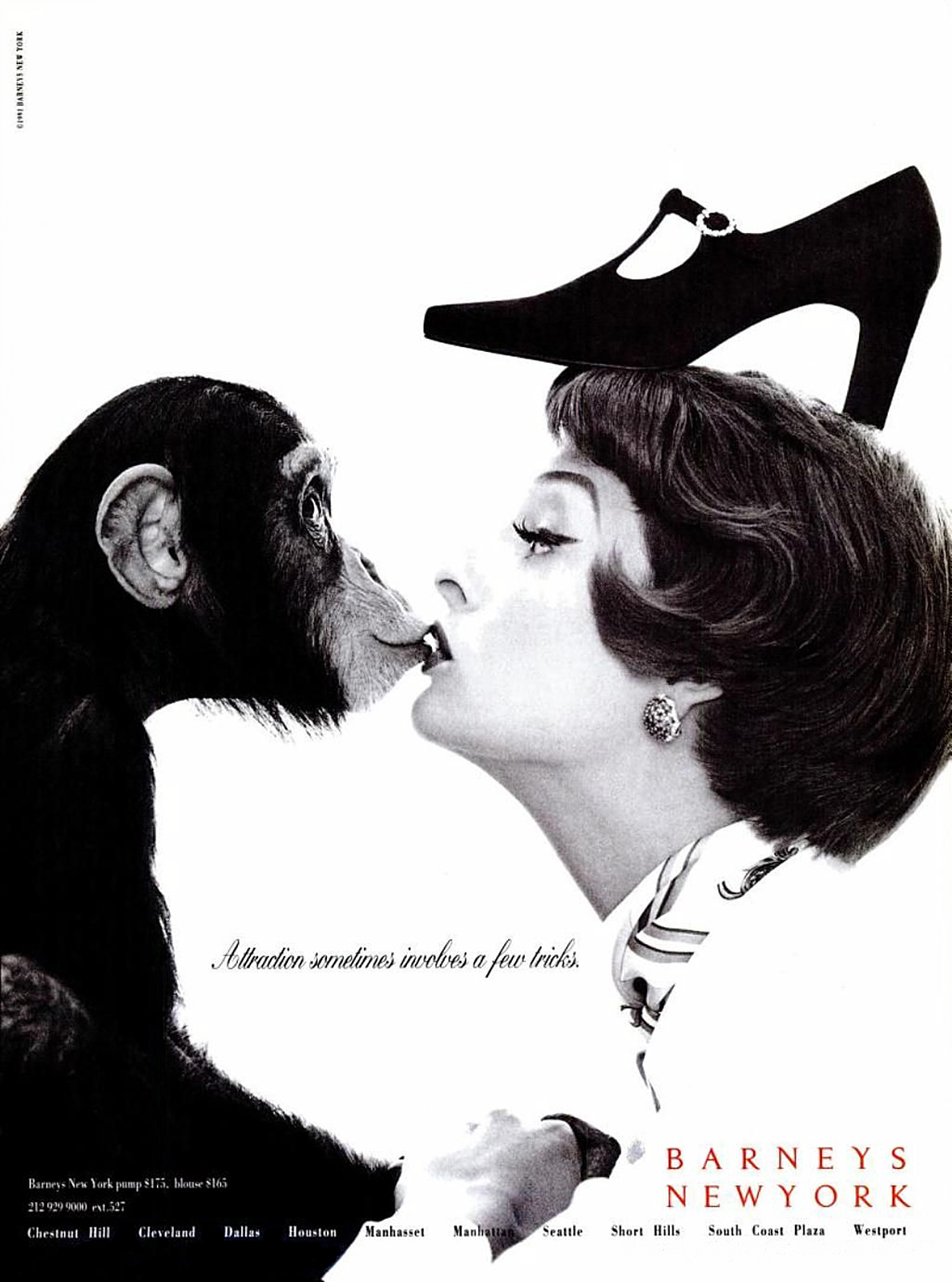 Christy Turlington was originally booked for that Barney’s campaign but she got sick and the rest is history. 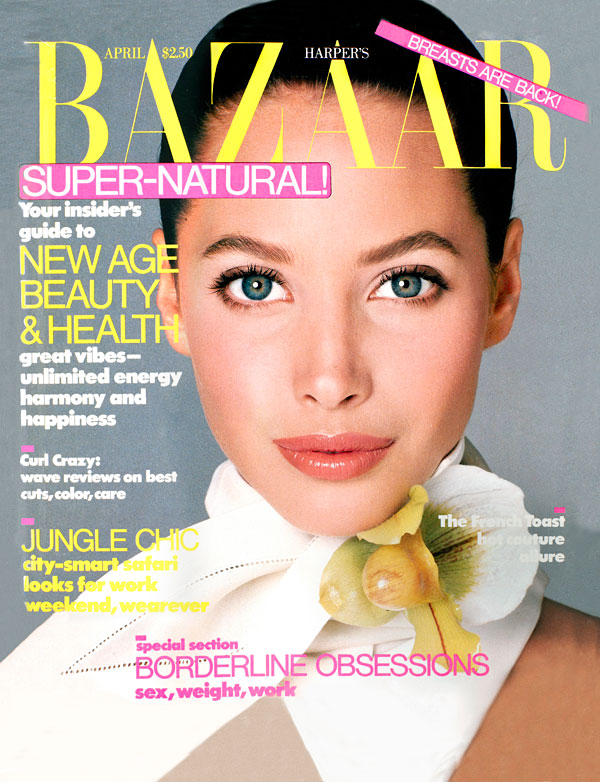 Christy Turlington is one of the sweetest people I’ve ever met. I 1st met her while working part time at her skin care company, Sundari. I was in NY modeling and basically hanging out with friends. Her PR person was my bestie and had me come in a few times a week, stuff envelopes, run errands and be a nuisance. Christy heard I was from Chicago and we chatted about how much she liked Chicago. She was concerned whether I was happy in New York. 1 of my jobs was to accompany Sudari’s owners out and about if they needed help. That meant basically going to lunch with them. One day Christy, Kathy and I were walking to Green and Green in Soho (I think that was what it was called) and someone screamed Christy’s name. She blushed and it was the most beautiful, humble thing I’d ever seen. She was at that point one of the most famous women on Earth and was so completely normal. I saw her years later at my bestie’s wedding in Jamaica. She had her hottie husband and beautiful daughter with her. She remembered me after all those years.

You can’t mention Linda and Christy and not mention NAOMI. 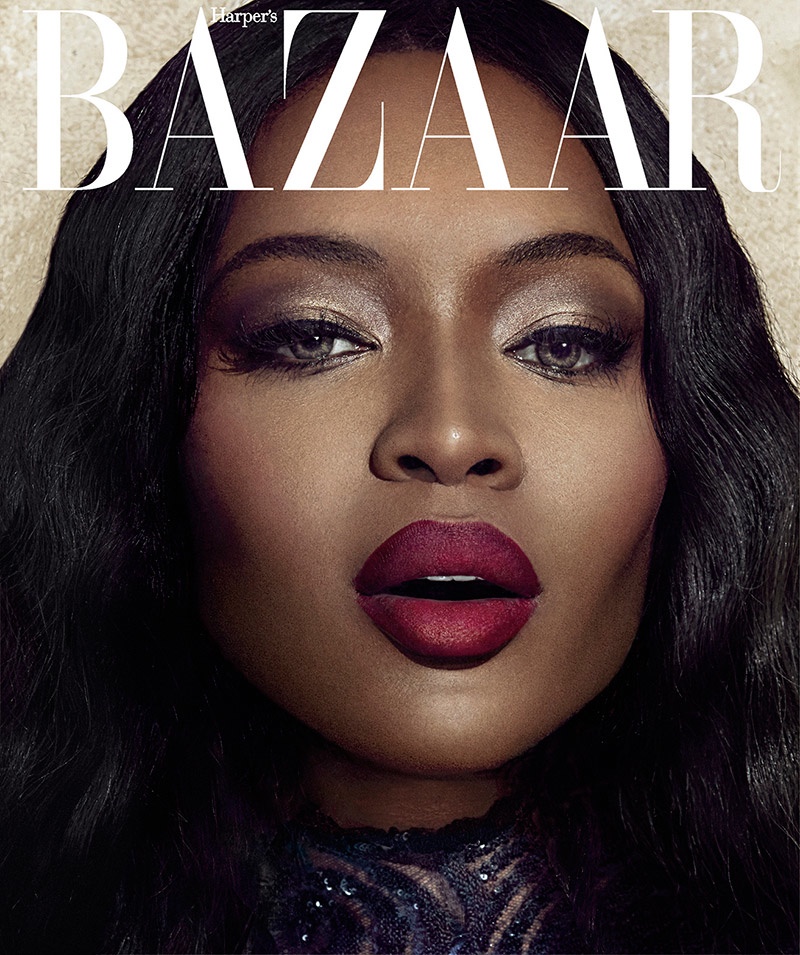 Naomi. That’s all you need to say. 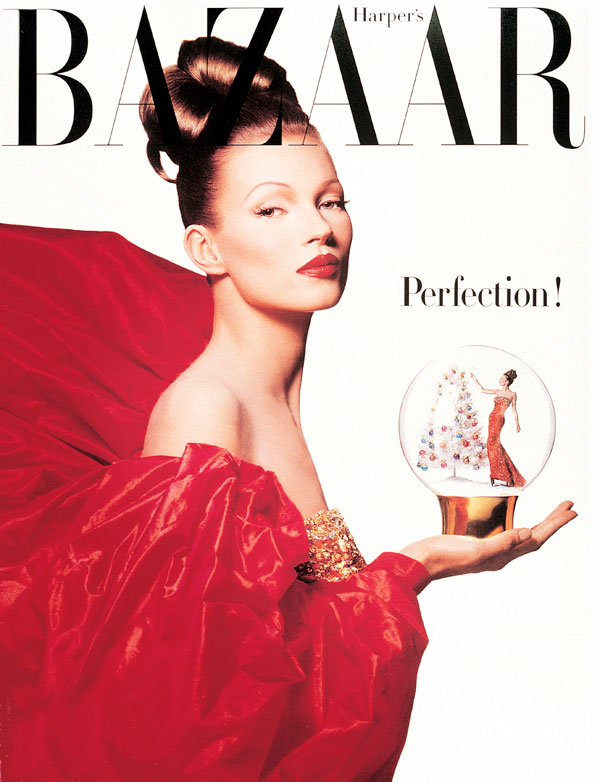 If Naomi Campbell changed the game for African American models, Kate Moss changed it for new girls. When Kate crash-landed in the midst of Linda-Naomi-Christy-Cindy-Claudia it was like an alien in the midst of glamazons. And what a lovely, little alien she is. Kate constantly made herself over, and each time re-made fashion. Few models have inspired more photographers, designers or fashion stylists. And few people have weathered so many public storms and come through better for it all. So what she did a few lines? I like my women dangerous. Edgy. And who hasn’t done something that someone, somewhere wouldn’t approve of? She’s a model crikey! Not a priest or a politician. And if she ran for office I’d vote for her. 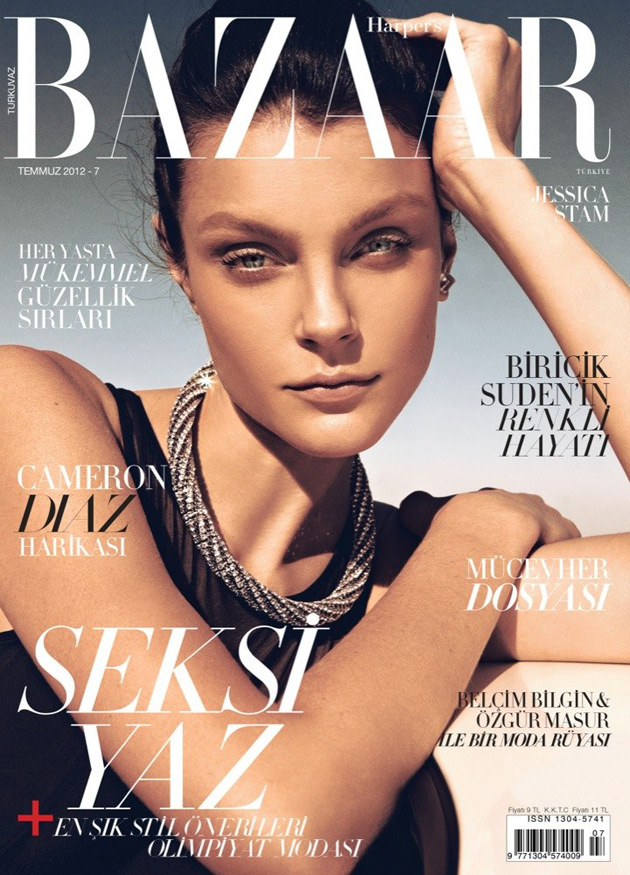 I met Jessica Stam on a flight from L.A. to Canada just after Big Brother 3. I was going to shoot a pilot for a TV show and she was going home after shooting Italian Vogue with Steven Meisel (the greatest fashion photographer ever). She had shaved off her eyebrows, and had a severe dyed black bob with bangs. Her eyes were magnetic. She was the most beautiful, strange thing I’d ever seen. I tried to cast her on a reality show! Too funny… She was so sweet. Jessica went on to have a MAJOR fashion career. 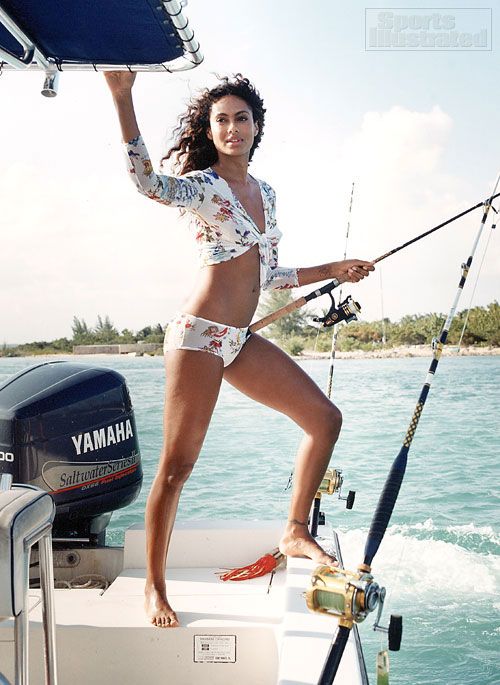 Shakara Ledard is my girl. We modeled together in Chicago before heading on to much bigger and better things. During one of her stays in Chicago she lived with me for a moment. I had a condo on the LSD, a bright, little convertible studio and pets were not allowed. We had to sneak her pug, Milan (named after the writer, not the city) in and out of the building. She is crazy and funny and full of life. She lives every moment. Beautifully. The 1st time I saw Shak’s Victoria Secret campaign was on the corner of Spring and Broadway. It brought tears to my eyes. I knew how hard she fought to get there. She now lives in Argentina with her beautiful husband and beautiful babies. My memories of our times together make me happy.

Sugababes. This is my British invasion. Taller In More Ways is that CD you put on do not stop. Follow Me Home is one of my fave songs ever. Sugababes has changed members more than I’ve changed clothes but still I can’t get enough of them.

Like a light into my life
I never thought that it would feel so bright, yeah
All I wanna do is hold you tight
And I’ll be with you through trouble nights

Sometimes life it drags you down
And plays you like a fool
Makes you feel so empty sometimes
It can be so cruel, ooh yeah

Kara Walker is all. She’s one of my favorite artists. I saw her exhibit at the Guggenheim and was blown away. She expresses the horror of slavery and the triumph of the African American in a way I have never seen. The way she captures the Black experience is unreal. Her work is controversial. You either hate it or love it. And I love that. Though I didn’t love that giant sugar sculpture she did. That thing creeped me out! 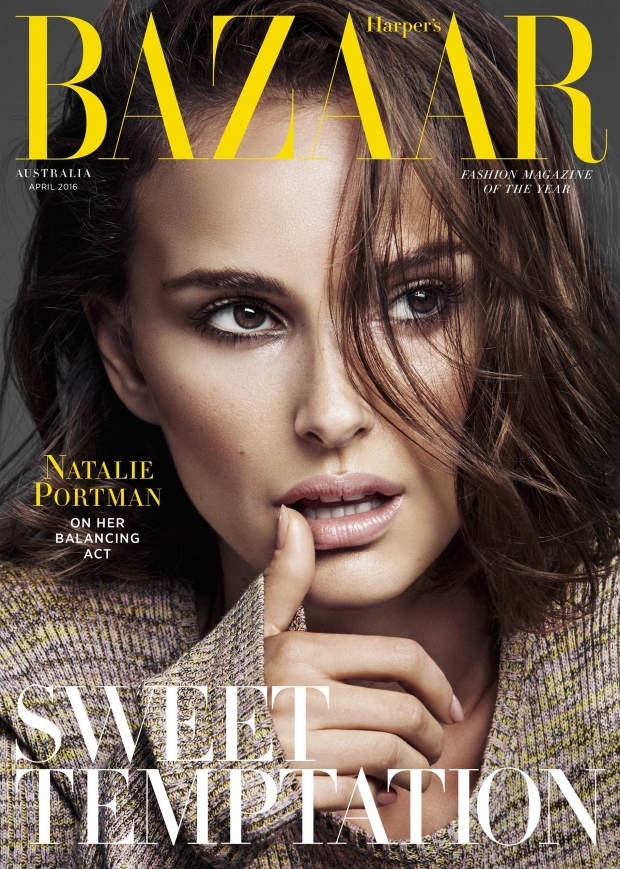 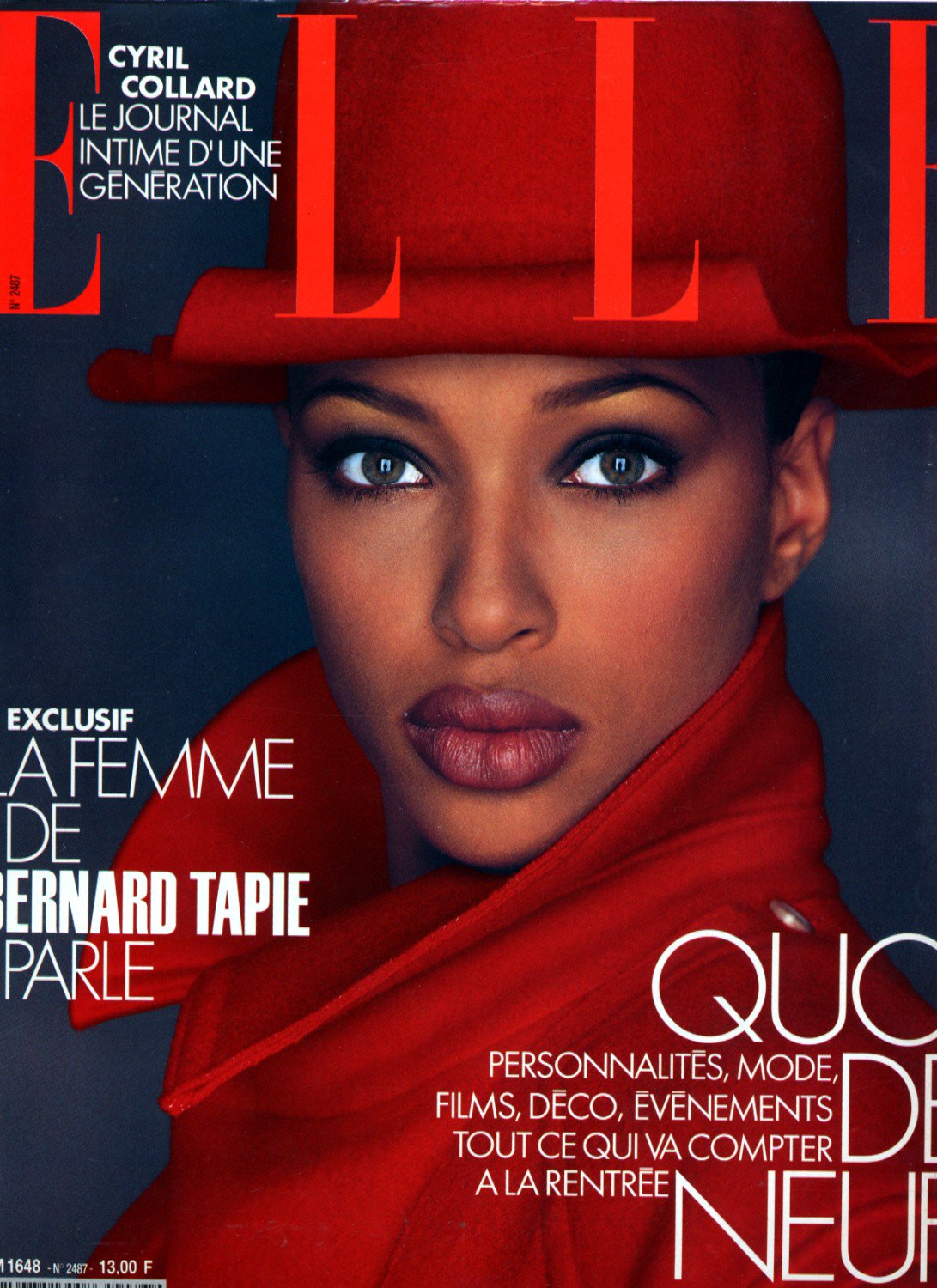 WHATEVER HAPPENED TO… Brandi Quinones at Request Models? She was my one of my fave models back in the mid-nineties. She’s Afro-Cuban-Italian and gorgeous. She had this crazy, sexy runway walk and none of the other models (yes you Nadja Auermann) wanted to walk after her. Gianni Versace was crazy for her. She was Karl Lagerfeld’s muse at Chanel (for a sec) and then she disappeared. My fave fashion quote is by her; “My job is to make the clothes look beautiful, make my money and leave.” Yes, honey. Mine too. She’s back and I hope she pushes through to the very top. Why did she exit in the first place?

IT’S A SHAME WHAT HAPPENED TO…Whitney Houston. I feel like I grew up with Whitney. Do you remember when she was the only Black girl in Seventeen? And she had a jacked-up short afro? All my friends were like, “Why the sisters’ hair nappy? Can’t they give her a perm?” But now all the Black girls are wearing their hair natural. Whitney blazed a trail. Do you remember when Whitney was on Silver Spoons with Ricky Schroeder? That was my fave show! Yeah, I had a crush on him back then too… Remember the taffeta prom dress on the Mike Douglass Show when she sang with her momma, Cissy? And then the back of the Whitney Houston album in the white Azzedine Alaia swimsuit. Or the pink stretch catsuit that didn’t fit in the crotch in the You Give Good Love video? Or how hot the married guy was in the Saving All My love For You video? And damn how many times do you think you saw the video for The Greatest Love Of All on MTV? And how many times have you heard little Black girls warble that song, badly, ever since? Or how shocked you were when you heard she was marrying Bobby “I got 12 kids by 8 mamas” Brown? The only time I’ve ever watched the Superbowl was to hear her sing The Starspangled Banner. She gave me gooseflesh. I saw The Bodyguard 6 times. I paid at the theatre to see it 6 times. Whitney in the words of your greatest song, I Will Always Love You. You will never ever be forgotten.