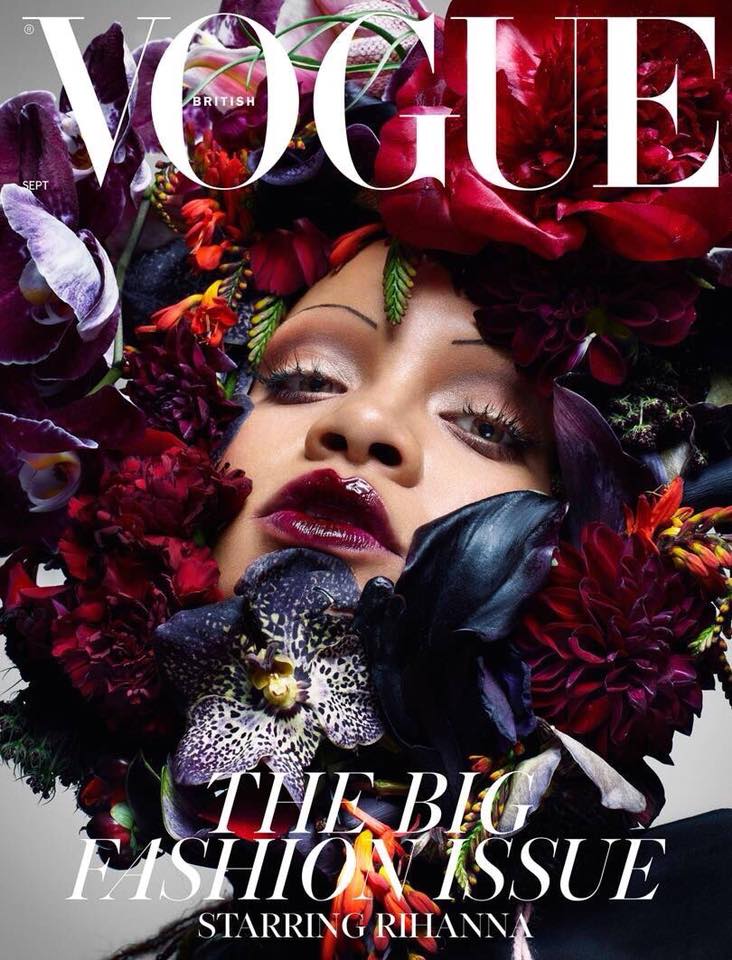 Rihanna was photographed by Nick Knight, and styled by the incredible Edward Enninful. Beyoncé is wearing a floral headpiece crafted by Rebel Rebel, and on another cover is wearing a tiered dress by Alexander McQueen. Sublime.